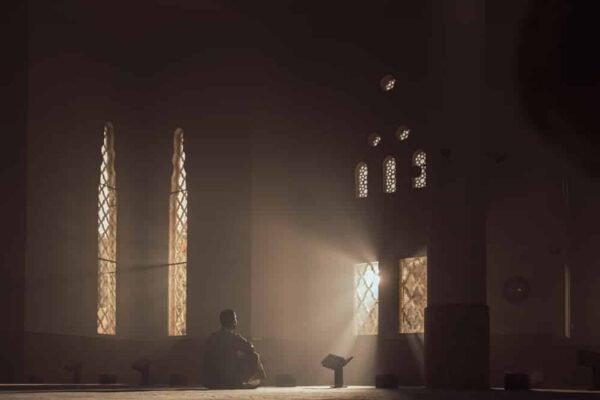 Why Did Islam Spread So Quickly?

Why did Islam spread so quickly? Islam is the religion of Muslims which has spread very rapidly across the globe. The faith began in Mecca and then spread to Spain, East Africa, the Middle East, China. There are two significant themes in Islam: “Allah is the one” and “Hazrat Muhammad (S.A.W) is His messenger.”

There are many reasons why did Islam spread so quickly. The most important and main reasons are conquest, law, and trade. The people of the Arab made the trade with faraway regions of the world, which spread Islam faster than other religions.

Islam starts with a man named Muhammad (S.A.W). He spent most of his life working as a merchant, and then he retreated to the cave in a nearby mountain where Hazarat Muhammad (S.A.W) received his first revelation from God at the age of 40. After three years of this revelation, he publicly preached Islam.

Islam is the religion of Allah. God teaches us to Pray, and we bow before him five times a day. Islam has five fundamental pillars which Muslims were expected to follow. These pillars are faith, prayer, obligatory, charity, pilgrimage, and fasting. A Muslim can enjoy life by following the teachings of the Holy Quran.

These five pillars teach the world that Islam is the religion of peace. When it is revealed that there were chaos and wars everywhere, Islam teaches people how to stop violence against the innocent and bring peace. That is the main reason why did Islam spread so quickly.

“Whosoever killed a person – unless it is for killing a person or for creating disorder in the land, it shall be as if he had killed all mankind” (5: 33).

Reasons Why Did Islam Spread So Quickly

Islam spread quickly across the globe due to multiple reasons. Islam continues to influence society with its unique elements and divine unity of humanity. Muslims believe that their purpose in life is to serve their creator and obey him, which can only be done through Prophet Muhammad’s teachings (S.A.W).

The message of Islam is very loud and clear. Islam is a religion of peace and gives a clear message to help the poor and needy. Muslims pray five times a day to ask for help and forgiveness from Allah. Remembering Allah makes their connection with him stronger and follows his teachings to serve humanity.

One of the important messages given in Islam is that everything belongs to Allah to purify their possessions set aside a particular portion to give to those in need. Fasting is another message which Islam gives to every non-Muslims. It makes people realize the needs of hungry and poor people. In Quran, Allah says, “O you who believe! Fasting is prescribed for you as it was prescribed to those before you that you may learn self-restraint” (2:183).

Islamic trade routes surrounding Mecca served as one of the effective ways to spread Islam in the world. During the trade, Muslims also preach where they go about Allah, and through their actions and way, they spread Islam. People also come for trade-in Arab and see how Muslims deal with other people through their honest trade methods.

The most famous trade route that helps Islam reach far away is China, Central Asia, Africa, and Europe. Many people from these lands traveled to Arab to witness Islam and its religious theories. Essential elements of Islam reach many foreign lands, making many non-Muslims into Muslims.

Another way from Islam’s rapid spread is its vast land conquered. Muslims conquered many lands such as Europe, Turkey, Syria, Iraq, Iran, Afghanistan, etc. The main reason why Islam reaches any of the above lands is that the Islamic military conquers these lands and spreads the meaning of Islam.

Islam influences the major and most powerful countries of the world. Muslims enter foreign lands to do trade and spread Islam. One of the reasons why Islam spread so quickly is the military conquest of foreign lands and settling there.

Islam has a unique political organization that provides equality, serves justice, and maintains order. The Muslim government retains the necessary privileges and rights of Muslims and non-Muslims, which impress people to join this faith and religion.

Muslims’ military wanted to protect people and protect their lives and rights. The political system of Islam includes rights for non-Muslims too. Non-Muslims are allowed to practice their religion in Muslim-dominated land, and they have to pay Jizyah in exchange for protection for Muslims.

The missionary work started, and the Muslim scholars and preachers reached faraway lands to tell people the religion of Islam. From 700 to 1000 AD, there was a massive rise in Islamic missionary work, and many people converted to Muslims.

Muslims impress foreign people through their actions, trades, ways of politics, etc. The work of scholars and preachers has resulted in many communities embracing and adopting Islam.

Why did Islam spread so quickly? There are many reasons behind the spread of Islam. Muslims preach Islam and set examples by their characters and daily life dealings. They impress people across the globe through their unique and fair trade methods. Muslims conquered lands and served justice there to everyone. They protect Muslims and non-Muslims from injustice and give them the right to live and grow. One of the important reasons is missionary work. People from Islamic countries go toward faraway land and spread the religion of Allah and his Prophet (S.A.W).