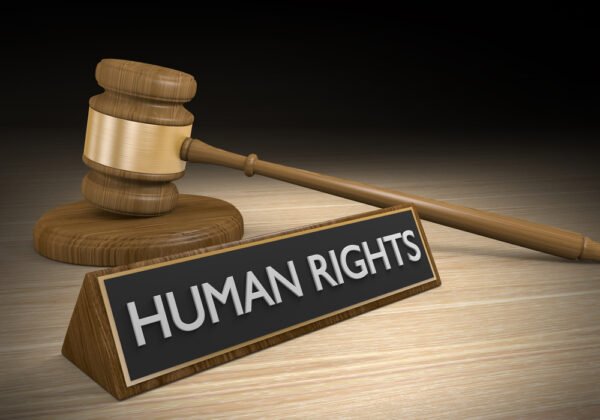 What are human rights in Islam?

Most of the thinkers believe that Magna Carta was the first written piece of paper for human rights, but the real thing is that human rights were first introduced by the Holy Prophet (SAW) with the advent of Islam. Before introducing human rights in Islam, the situation was worse for humanity. Allah Almighty has mercy on humanity and bestows Islam, a complete code of life.

Before the emergence of Islam as a religion, humanity suffered from cruelty, anger, and deprivation of fundamental rights under the shadow of feudalism and enslavement. Allah Almighty sent His messenger Muhammad (SAW) to eliminate the clouds of barbarous minds. With the advent of Islam, human rights codes are clearly defined and explained.

The western school of thought:

Western thinkers and philosophers linked the human rights charter to Magna Carta and believed it was the first complete charter of human rights. But the reality is that Magna Carta came into existence after the six hundred years of the advent of Islam.

Although Magna Carta has key concepts like control of parliament and right of taxation, the idea is no way near the concept of human rights in Islam. So, the western approach is limited to human rights even in the modern age. Despite the enormous organizations like United Nations, deprivation of human rights is still prevailing in the world.

The Islamic school of thought:

Allah Almighty has granted fundamental rights to human beings. These rights are not given through any king or legislative assembly but provided through the Holy Qur’an and Hadith of the Holy Prophet (SAW). These laws are not abrogated or negated by anyone because Allah Almighty has created them for the sake of humanity.

Islam is the only religion that has given the basic codes for mankind. Islam has given the fundamental rights for the first in the history of humanity.

There is a misconception about the fundamental rights of human beings that it was first presented in the Magna Carta, but in absolute human rights were revealed by the Holy Prophet (SAW) in Islam. Islam is the only religion in the world that presented a complete code of human rights in the early ages.

All the other concepts of human rights were revealed after the Islamic concept of human rights. People who do not believe this concept or disobey those laws are disbelievers. In the Holy Qur’an, Allah Almighty gives a clear verdict about it.

“Those who do not judge by what God has sent down are the dis Believers.”

The following verse also tells us that only Allah Almighty has the authority over everything, and men must obey it. Those who violate the laws of Allah Almighty belong to disbelievers or wrongdoers. So, there is no scope of change or abrogation of these laws because it belongs to Allah Almighty.

What are the human rights in Islam?

1. The right to life

It is the first and the top right of every human being to live in and respect other human beings’ right to live. Allah Almighty presented this concept in the Holy Qur’an in the following way:

“That is why We ordained for the Children of Israel that whoever takes a life—unless as a punishment for murder or mischief in the land—it will be as if they killed all of humanity; and whoever saves a life, it will be as if they saved all of humanity. One ˹Although˺ Our messengers already came to them with clear proofs, many of them still transgressed afterward through the land”.

The right to live is given to human beings only by Islam, and there is no evidence in any other religion or charter. Islam preserves the rights of every human being even if he belongs to another religion.

Before Islam, there was no concept of human rights. The most horrendous thing was the persecution of women’s rights before the advent of Islam. Islam is the only religion that provides women with the fundamental rights to live in. According to the charter of human rights in Islam, a women’s chastity has to be respected and protected under all circumstances.

Islam instructs to protect all women, whether she belongs to our nation or nation of an enemy. Muslims must protect a woman even if she is not Muslim or even if she has no religion; it is the firm duty of every Muslim to protect her. All promiscuous relations have been forbidden to a Muslim. In the Holy Qur’an, the Allah Almighty says that:

In Islam, there is a heavy punishment for this crime. A Muslim who violates this law cannot escape punishment whether he receives this punishment in this world of the day of judgment. This concept is found only in Islam, making it a unique and complete religion.

3. The right to a basic standard life

Islam covers all the aspects of human rights, whether social or economic. Speaking about economic rights, the Holy Qur’an tells its followers:

“And from their properties was [given] the right of the [needy] petitioner and the deprived.”

The meaning of this verse is that anyone who asks for help or suffers from deprivation has the right to the wealth of other Muslims. Allah Almighty bounds Muslims that if you are in a position to help the other and he also needs help, you must help him.

There was no concept of an individual’s right to freedom before the advent of Islam. Islam has clearly defined the importance of liberty and forbidden the primitive practice of capturing a free man. According to the human rights in Islam, no one can make an individual a slave or sell him into slavery. The Holy Prophet (SAW) gives a clear statement on this point. He (SAW) says that:

“There are three categories of people against whom I shall be a plaintiff on the Day of Judgement. Of these three, one is he who enslaves a free man, then sells him and eats this money.”

With the advent of Islam, all the people have been given equal rights. If you compare Islamic history with western nostalgia, you will find sophisticated, decent traditions in Islam and an ugly one in the west. That’s why human rights in Islam are better than the whole western concept of human rights.

5. The right to justice

The concept of justice is very important and valuable in Islam. This concept is considered one of the basic pillars of Islam. There are different verses of the Qur’an and many Hadith on this concept. In the Holy Qur’an, Allah Almighty says that:

“You who believe stand steadfast before God as a witness for (truth and) Fairplay.”

This point gives a clear statement about human rights in Islam. In the following verse, the message is to be justice with your people and the enemies. So Muslims must not be unjust to anyone and make justice a permanent habit to their character.

Human rights in Islam is a key concept of Islam because it develops the whole concept of humanity and makes Islam a unique and marvelous religion in the world. Our firm duty is to adopt these laws in our life and obey all the orders of Allah Almighty and the Holy Prophet (SAW). As Muslims, it is part of our faith to respect human rights according to Islam’s charter of human rights.