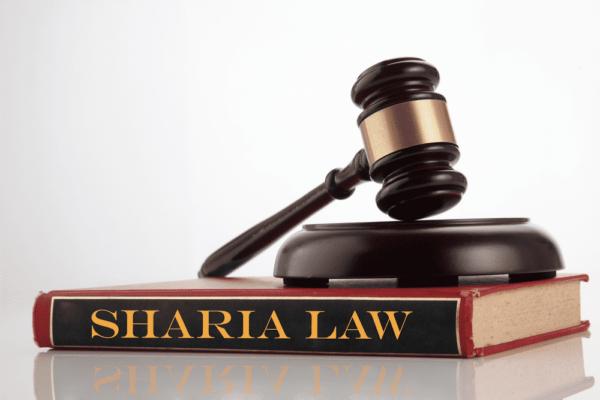 The most common question is always under discussion what is prohibited under sharia law? Many people search for this answer and discuss it with each other. Sharia is the fundamental religious concept of Islam. As Muslims, we all need to have complete and comprehensive knowledge about sharia.

Sharia is the basic core of Islamic law and gives us a complete code of life under the umbrella of Islamic principles. It is the legal practice derived from the Qur’an and the teaching of the Holy Prophet (SAW) or Sunnah.

In Arabic, sharia means “The way.” Sharia is the best way for every Muslim to get the complete ethical code of life. The religious law Islam is considered the expression of Allah’s command for Muslims and constitutes a system of duties incumbent upon all Muslims by their religious belief. Sharia constitutes a broad set of rules and regulations that provide Muslims with a path towards an ethical life.

All sources of Islamic sharia must be agreed with the Holy Qur’an. It is therefore considered as the definitive authority on the matters of Islamic sharia. The mighty Qur’an is the Holy book that revealed the message of Allah Almighty and conveyed the laws of sharia.

In situations when Muslims have not been able to find anything conclusive on any Islamic legal issue in Qur’an Sunnah, then ijma or consensus happens. It contains the opinion of Islamic scholars on matters of law.

Qiyas is the process of comparing complex problems or questions with similar cases settled by the authority of the Holy book or Sunnah. In cases when there is a case that has not been clearly defined or addressed in the Qur’an od Hadith, then Qiyas or analogy will be applied.

There are some dos and don’ts in Islamic law, which Sharia defines completely. Muslims must know what is prohibited under sharia law? To understand sharia completely, you have to know the basic core. For this, it is essential to have knowledge about the objectives of sharia.

What are the five objectives of Sharia?

it is simply a means to protect and safeguard the religion by complying with the principles of Islam. Protection means to preserve Islam from any kind of misconception and false superstitious mindsets, which is vital for establishing spirituality in Islam.

It refers to performing lawful actions permissible to do for sustenance, such as food, home, and marriage. It is not only the protection of self-soul or life but also to preserve the lives of others. It is also to avoid harm to other human’s souls, which is protected through divine law. This law also overcomes the problems such as killing, theft, and other harmful actions.

3. The preservation of mind:

4. The preservation of lineage:

These five objectives are really important in Islamic law. They are considered the basic core of sharia—these objectives of sharia help to create a sensible and harmonious society with laws and regulations.

The very purpose of sharia law is to facilitate the individual and society to preserve stability. It is the only law that helps all the members of society in equal manners. According to scholars, sharia in its entirety is justice, mercy, and benefit. Following are the benefits of sharia law:

Islamic law is not limited to legal issues only while it covers all the areas of life, for example, family, law, social system, and other relations. In fact, sharia contains a detailed code of conduct.

Sharia law is the guidance of Allah Almighty for humanity. Sharia is entirely different from other systems in terms of unique characteristics. Following are the major characteristics of Islamic sharia:

Islamic Sharia is a complete and comprehensive system that covers all aspects of human life. It guides us from birth till the day of death.

It is a balanced and decent law that balances body and soul, life and death, intellect and emotions. The Holy Prophet (SAW) tells the moderation of Sharia by saying that:

“I am the most fearing and the most conscious of Allah. However, I fast but also break my fast; I pray at night, sleep at night, and marry. Whoever turned away from my Sunnah (my tradition and way of life) does not belong to me.”

Sharia law is the only law in the world with all its aspects practical and real. The Holy Prophet (SAW) proved it through his life and teachings.

Islamic sharia is the only law that is as same as from its inception. It is the last and most comprehensive sharia to humanity, so it will continue to reach generation to generation. The best thing about Islamic sharia is that it is still preserved as provided by Allah and the Holy Prophet (SAW).

Islamic sharia is not hard and harsh in its aspects. Allah gives easy rituals so that they may not burden any human. It is simple to understand and has sophisticated and decent preaching.

Now we can discuss what is prohibited under sharia law?

Sharia covers a vast range of human behavior and the issues related to the general law. But the question is, what is prohibited under sharia? Sharia contains a complete code of criminal and economic laws with human rights. The most striking aspect of sharia is that it distinguishes between the crimes that violate human rights and those that violate God’s rights.

The sharia law sets boundaries and limits for everyone. Now we have to know what is prohibited under sharia? Following are prohibited:

The Qur’an says that. Those who engage in adultery must be lashed 100 times.

In the case of human rights, the Qur’an and Sunnah strictly prohibited this violation.

A person gives punishment if he breaks the rights of Allah Almighty.

Earning through gambling is haram in sharia.

Theft is unlawful and prohibited in Islam.

Sharia only approves the economic system without interest involved in it.

Women are not allowed to travel alone for more than three days. Women are bound for hijab outside the house. A wife should not get out of the house without her husband’s permission.

Here is the answer to the question what is prohibited under sharia law? There are many other elements that Islamic sharia has prohibits and must not be followed. Still, these are the important prohibited elements of sharia law that should not b followed by the Muslims.

Sharia law is a complete code of life for all Muslims. We should have to know the dos and do not’s of the sharia law through its resources. As Muslims, our firm duty is to understand the sharia law and implement it in our daily lives. Sharia is a path that can be tread by all humans to attain Allah s grace and reward in the hereafter. So, we should refrain from doing such things that sharia law prohibits.