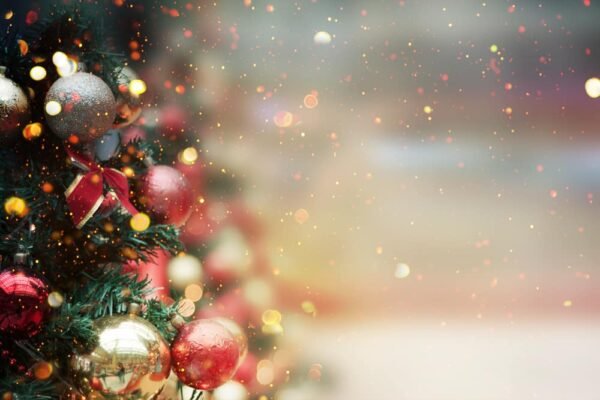 Do Muslims Celebrate Christmas? Here is what you need to know

Muslims living in the west often avoid sending their children to Christmas functions. Christians have the different belief of Prophet Isa (AS) or (which is called Jesus among Christians), being the son of God is against the core Muslim belief. There is a common misconception among Muslims and Christians. Christians believe that Muslims don’t believe in Jesus. But in fact, Muslims Believe in all Prophets, including Prophet Isa (AS). We as Muslims believe in the teaching of the Quran, which is the Holy book for Muslims.

Christmas is not celebrated by Muslims because there is a difference of belief between Christians and us. Muslims don’t believe that Jesus is the son of God and consider him one of the Prophets sent by Allah.

In Quran, Allah says, “Surely Allah gives you good news with a word from Him of whose name is the Messiah, Jesus, son of Mary, worthy of regard in this world and the hereafter” (5, 76). There is a whole chapter (19) of the Quran in honor of the mother of Prophet Isa (AS).

What Does it Mean not to Celebrate Christmas?

Christmas is all around us, and it is a beautiful event. Christmas has several rituals and activities associated with the holidays, like decorating Christmas trees and holding charity events.

You can include yourself in the festivities, but remember the facts about Prophets and Islam. On Christmas, people help each other, which means that being a Muslim, you have to feed to poor and help them during these holidays in any way.

Is There Any Evidence of Christmas in the Bible?

Do Muslims celebrate Christmas? So, where does this concept come from? The word Christmas is not present in the Bible, which is the Holy book for Christians. However, there is only one thing mentioned in it related to tree decoration which is one of the main events on Christmas day.

“The customs of the people are worthless, they cut a tree out of the forest, and a craftsman shapes it with his chisel, they adore it with silver and gold, they fasten it with hammer and nails so it will not totter” (Jeremiah 10:3,4).

In the past, Christians believe that the evergreen tree has some special power of protection. The first time Christians used the tree began in the 17th century. In France, Britain, Germany, and even in the USA, tree worship was the common feature of religion among people from a different tribes. Europeans, especially Germany, brought the tree custom to the American colonies during the 17th century.

Misconception About the Festivities of the Christmas

There is no accurate date of the birth of Hazrat Isa (AS) or Jesus in the Bible or any other Holy book. Nobody knows the exact date, but in 530 C.E, a monk fixed the date of December 25.

1. About the Birth of Hazrat ISA (AS)

“The reason why Christmas came to be celebrated on December 25 is still unclear, but most probably the reason is that early Christians wished the date to coincide with the pagan Roman festival, which marks the birthday of the unconquered sun. This event celebrates the winter solstice (it is the time when day begin to lengthen, and the sun begins to climb higher” (Encyclopaedia Britannica, 1998 Ed.).

Many other pagan Gods such as Hercules (the son of Zeus), God of wind, Adenis (God of Greeks), were born on December 25. So, to match that day with their special day, christens celebrate Christmas on December 25.

2. About the Other Festivities

Santa Claus is also one of the main events of that day, but this event appears nowhere in the Bible. The person Saint Nicholas (Santa Claus) is the real person who is a bishop and born after 300 years of Hazrat Isa (AS). He is so popular because he was extremely kind and went out at night to distribute presents to the poor and needy.

After his death, some schoolboys in Europe celebrated a feast every year on his anniversary to honor his work. So, we can say that Christmas is an innovation in their religion when they observe a day and associate it with Jesus’ birthday, the decorated tree, and Santa Claus.

How Should Muslims React to the Christmas?

Being Muslims is rewarded as “Best Ummah created for mankind,” which means we can’t stay silent when people associate Islam with misconceptions and false beliefs. As Muslims, we should be aware that Christmas is the significant innovation that is leading people to shirk. Shirk is the most heinous crime and sin in the eyes of God. Do Muslims celebrate Christmas? The answer is a big no. So, we as Muslims should not celebrate events like Christmas, Easter, Halloween, etc.

Quran Says,” Help you one another in virtue and righteousness, but don’t help one another in sin and transgression. And fear Allah, verily Allah is severe in punishment” (5:2).

Do Muslims celebrate Christmas? The correct answer to this question is that Muslims can’t enjoy any aspect of Christmas in the disguise that Hazrat Isa (AS) is the son of God. Therefore, attending Christmas parties, decorating trees should be avoided in Muslim homes.

Christmas is the event where Christians celebrate and hold different events. Muslims don’t celebrate this event because their belief is different from Christianity. There are many misconceptions about this day, and these misconceptions are often associated with Islam. So being Muslims, we should read Quran and learn facts from Hadith to know about the Hazrat Isa (AS) and teach our children the right points.