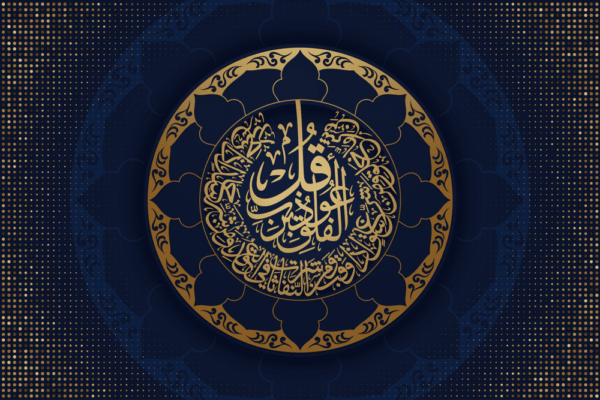 What are the four Quls in the Qur’an?

Another important question is about the place of the four Quls in the Qur’an. The answer is that four Quls in Qur’an are placed in the last part of the Qur’an. Four Quls means the four Surahs of the Holy Qur’an.

These Surahs are usually used in the prayer and also in the curriculum. If you are interested to know what are the four Quls in Qur’an? It will help if you read out this article. It will give complete and comprehensive knowledge about the four Quls.

What are the four Quls in the Qur’an?

These surahs are among the shortest surahs of the Qur’an, and very easy to memorize these surahs. Each of the four Quls has its reward and highness in Islam. Now we will discuss each Qul in detail with its translation.

First Qul of the Qur’an:

From the four Quls in the Qur’an, the first one is Surah Al-Kafirun. It is the 109th surah of the Qur’an and consists of 6 verses. Surah Al-Kafirun protects you from shirk and reminds you of the oneness of Almighty.

Second Qul of the Holy Qur’an:

Say, “He is God, the One. God, the Absolute. He begets not, nor was He begotten. And there is nothing comparable to Him.”

Surah Ikhlas has importance in many ways. It describes the oneness of Allah and your head straight towards Almighty. The verses of the second Qul tell that there is only one God, and He is all alone. All depend upon Him, but He is independent. He Himself has the power of everything. The last part of the surah explains the uniqueness of the Almighty that no one in the universe is equal or even alike Him. Following are the benefits of reciting the second Qul Surah Ikhlas:

From the four Quls in the Qur’an, the third Qul is the Surah Falaq. It is the 113th surah of the Holy Qur’an consists of five verses. This surah is most powerful against evil (jinn) used against evil eyes. It is a five-verse surah asking Allah Almighty for protection from the evil of shetan. It usually recites in the prayers and before going to bed. The third Qul is:

Surah Falaq is the most powerful surah because it protects you from evil creatures, envious behaviors, and any sort of magic.

The fourth and the last Qul of the Holy Qur’an is surah Nas. It is the 114th and the surah of the Holy Qur’an. It consists of six verses. It is also considered a powerful surah along with Surah Falaq. Both of these surahs are recited almost for the same purpose. Usually, this surah recites in the prayers also. Here is the Arabic version of the fourth Qul:

Surah Nas and surah Falaq was revealed on Holy Prophet (SAW) when he was under the spell of magic. That’s why these two surahs have importance in Islam. Both these surahs are called Al-Mu’awwidhatayn. The benefits of surah Nas are enormous. Some of the benefits are following:

Shetan is always trying to divert your mind towards evil thoughts, but you should keep your head straight by reciting the surah Nas. It is the best way to protect yourself from shetan and keep your mind and routine on track.

How can four Quls help you?

These four Quls are placed in the last part of the Holy Qur’an. These surahs are the shortest and the most powerful ones. So, try to recite them on a daily basis because it will benefit you in every aspect. Following are the benefits of reciting those four Quls in the Qur’an:

Four Quls in the Qur’an are considered very important in Islam. These four Quls are used in daily routines and prayers. With all their enormous benefits, we should use them in our daily routine to freshen up our faith and beliefs. With all these rewards and advantages of the four Quls, we should make part these four Quls essential in our daily life. It will protect you from shetan and brings you close to Allah Almighty.